Any other parents out there have children who have discovered this game waaaay too early?? My kids are obsessed with this game. If you have in fact been living under a rock somewhere (like I was until about two months ago) and you don't know what Angry Birds is, it is a game for the iPhone. It involves loading a bird into a sling shot and flinging it toward little green pigs resting on different tower/fort thingies.
Like so... 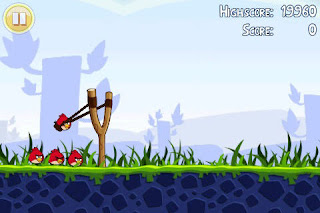 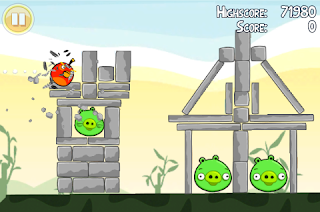 Now, while I don't mind an occasional video game, it was starting to get out of hand around here. The kids were constantly sneaking off with my phone. And call me crazy, but I would rather have my children using their imagination, playing real games. So, what to do, what to do???
Enter... stuffed Angry Bird toys from Build a Bear, Melissa and Doug blocks, pvc pipe and rubber bands! We created a real Angry Birds game for the boys to set up and play.
We actually bought the stuffed birds and pigs as a coming home gift when my husband and I returned from a week long getaway. Then we stopped by Home Depot and bought one 3/4 inch pvc pipe, a T and a couple of elbows. My husband cut the pieces down to size and put together the sling shot. We just tied some plain ol' rubber bands together and put them over each side. Then for some extra stability he drilled a hole in a two by four and stuck it down inside.
It has been so fun to watch the boys create different "levels" and sling that bird across. They are having a blast and I feel much better about this version of the game for a four and three year old. 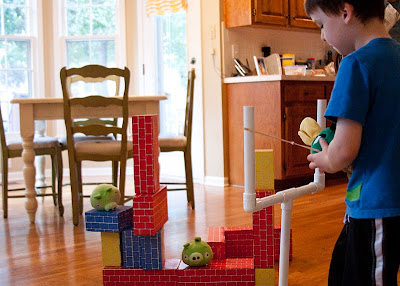 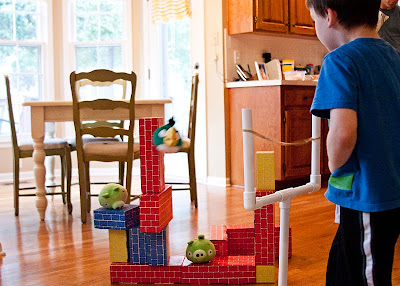 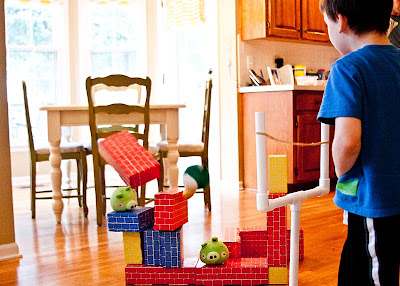 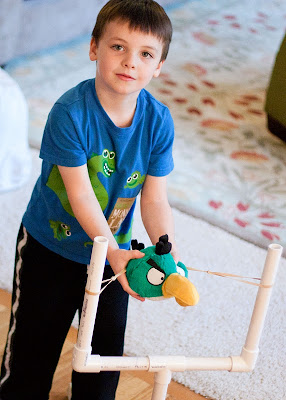 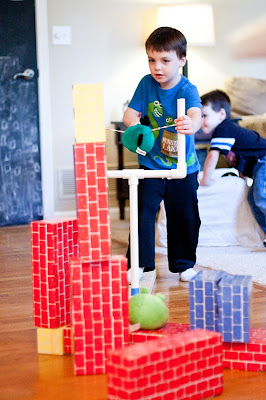 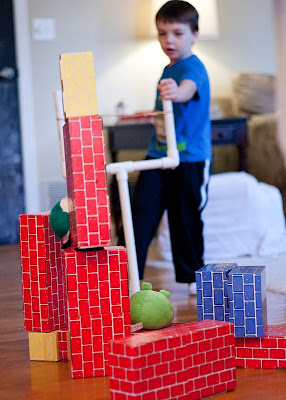 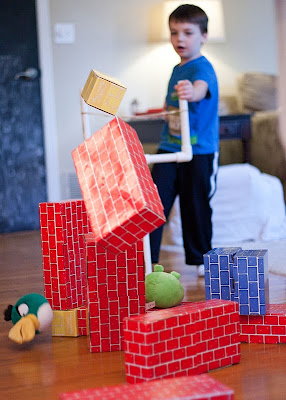 Lori
I am a SAHM to two amazing little boys, 4 and 2, married almost ten years and still trying to figure out what I want to be when I grow up. I love photography, design and other creative outlets. I love being a mom.... most days, but like everyone else I'm just trying to keep my head above water. I started this blog to record the good, the bad and the ugly.....yeah we definitely have some of that around here!